C&S, in addition to its OOH campaign in metro cities, launched its advertisement campaign in Business magazines as well. Initially C&S has tied up with Business India and the campaign had already started from February. The advertisements are based on the theme of existing C&S hoardings- safety, contribution to power plants & building segment and delighting customers. This initiative will help in creating awareness of Brand C&S among business leaders, policy makers, institutions and academia.

In future we will be adding few more business magazines to our print advertisement initiative to take brand C&S to new heights. 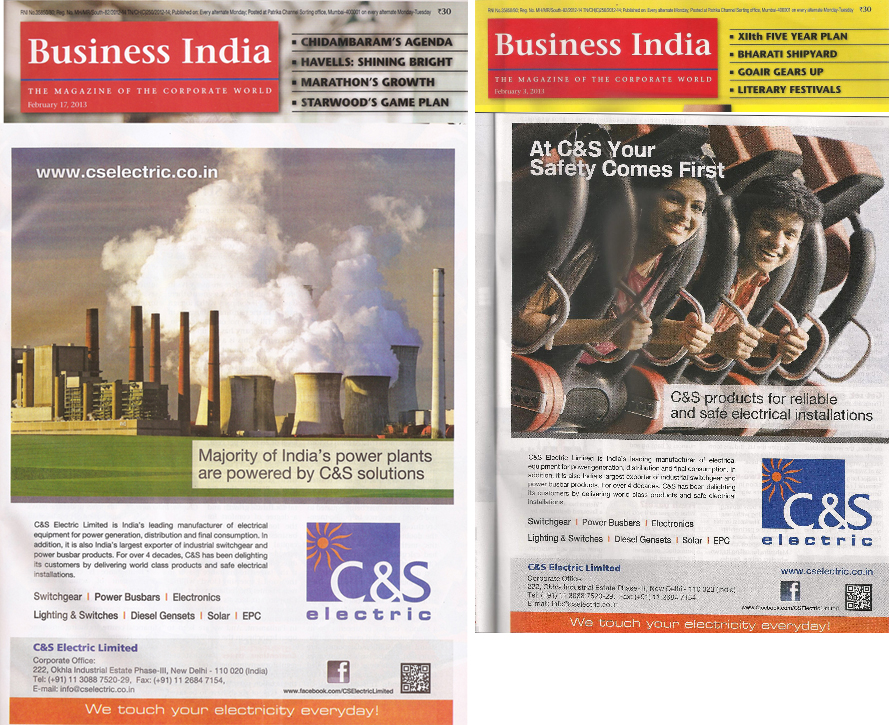